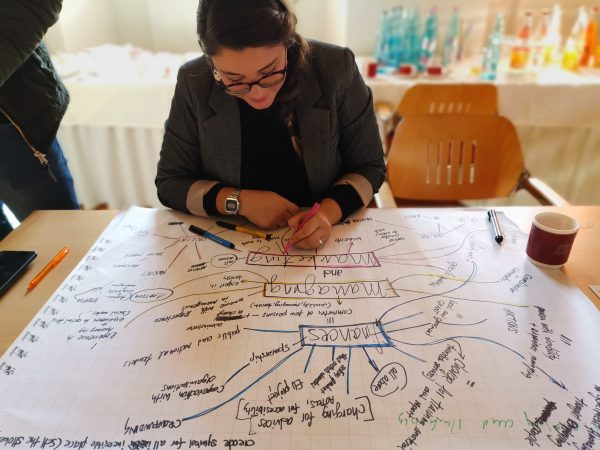 This is a European KA1 project to train young workers in mobility projects. Four partner organizations from Spain and Germany are working together on this project in order to exchange experiences and create a common basis for greater collaboration.

The project consists of a meeting of workshops in Spain that has been rescheduled in July 2021.

Meet the partners of PROBENS: INCOMA in Seville, as well as TIBOR in Weimar and Arbeit und Bildung in Marburg, both located in Germany.

The milNEETS project is part of the Erasmus+ funding programme, with a focus on training for youth workers. The need for the project arose from current ongoing developments in the society that were reflected in the participants of mobility projects of all four partners.

With regard to the most recently published Youth report (Situation of young people in the European Union, Commission Staff Working Document), there are still major inequalities between young adults in Europe. There have been many positive developments regarding the social inclusion of young people in the last three years. In the EU-28, the at-risk-of-poverty or social exclusion rates are decreasing, mostly due to significant decreases in material deprivation rates. At the European level, the material deprivation rate of young people is lower than it was in 2010, at the peak of the economic crisis. NEET rates (young people not in employment, education or training) are also falling, mostly due to declining youth unemployment rates. However, several indicators still point towards an increasing risk of poverty and social exclusion for some young people in Europe. At-risk-of-poverty rates for young people living independently are still increasing.

And while more young people found jobs in 2016 than in 2010, the proportion of young people working and still being at risk of poverty has been increasing Europe-wide, in line with the general trends for the whole working-age population.

Moreover, certain groups of young people and those living in certain regions of Europe are more vulnerable than others. Young people born outside the country they live in, or who have parents not born in that country have significantly higher chances of being at risk of poverty or social exclusion than their native-born peers. Most poverty indicators also show higher proportions of women at risk. In the countries most affected by the economic crisis, most notably in Greece and to a lesser extent in Spain, young people’s risks of poverty or social exclusion have been increasing considerably and these trends have not yet been reversed.This is certainly a source of growing inequalities between European young people.

Apart from educational attainment, there are considerable differences between European countries in young people’s use of digital technologies. The rate at which young Europeans from countries in the south and east of Europe master digital skills is lower than the EU average. As these competences are increasingly important to succeed in the labour market as well as for making the most of the opportunities for civic and cultural participation offered by the internet and its applications, such a deficit poses a particularly serious risk of economic and social exclusion.

Indeed, higher than average general and long-term rates of youth unemployment are detected in the very same regions of Europe. In the southern European countries that were severely affected by the European debt crisis, youth unemployment rates are still considerably higher than before the recession. Moreover, in these countries educational attainment seems unable to ease the path to employment: the unemployment rates of people aged 20-29 remain high among those with low-level as well as high-level qualifications.

All these disadvantages are reflected in the social and living conditions experienced by youth groups in southern and eastern parts of Europe. Not only are they confronted with a higher risk of poverty or social exclusion, but in some countries their situation is deteriorating. While a general recovery in the economic and social prospects of young people has occurred in recent years in most areas of Europe, some Member States – particularly in the south – are still suffering the aftermath of the economic recession.

According to the aims of the “EU Youth Strategy for 2010-2018 which has two overall objectives:

– To promote the active citizenship, social inclusion for all young people”,

we would like to discuss and share gained experience and expertise on the integration of young people who cope with social exclusion and unemployment in Spain and Germany.

The objectives of this KA 1 project are:

Provide training on a European level among the teams working in the field of youth mobility, focused on our target groups: unemployed young adults (neet, migrants, young people in risk of social exclusion or psychosocial issues). Share knowledge, skills and methodologies among different organizations across Europe, creating networks. In Europe we are experiencing a shift towards more extreme opinions and radicalization, also among young people. With the right training, youth workers in mobility projects will be empowered to work on these important matters even better.

The next activity of the project is this training: 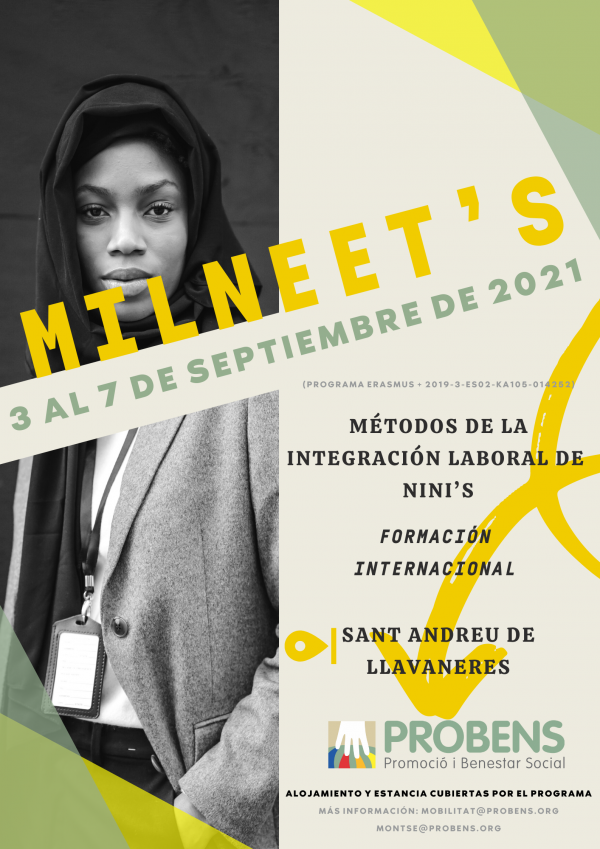